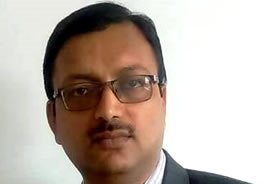 FinTech
FinTech is a term broadly used to describe emerging players offering technological innovations in the financial services sector with a substantive reliance on the digital architecture. Such technological innovations relating to payments, remittances, credit, investments, insurance, etc. pose a challenge to the existing business models and strategies of financial institutions, yet, these also bring opportunities for the incumbent market participants, newcomers and the consumers.

The new players in the FinTech domain have also filled up some of the hitherto unserved or underserved market segments and have made a significant contribution in expanding the financial inclusion. The data compiled by the Financial Stability Board shows that the consumer lending has been a predominant part of the FinTech credit (Figure-1). Further, the EY FinTech adoption index 2017 shows that money transfers and payments are the most commonly used services followed by the insurance. The emergence of cryptocurrencies is an offshoot of these developments. FinTech has become popular because of its simplicity, convenience, low-cost and personalised delivery. No wonder that banks have also started partnering with it to offer various new and improved products and services relating to loan origination and appraisal, payments, investments, wealth management, etc. (Figure-2).
Figure 2: Banks offering services in partnership with the FinTech

[Source - Committee on the Global Financial System (CGFS) and the Financial Stability Board (FSB), May 2017]

A vibrant example of the use of technology for the most fundamental finance function namely, payments is cryptocurrencies which have emerged as a result of the combination of innovations in the fields of networking, cryptographic hash functions, digital signatures, and game theory. Cryptocurrencies as faceless digital tokens operate on a peer-to-peer network, without a central authority, mostly using the blockchain technology with a consensus algorithm and a public key infrastructure. These are intended to be used as bearer assets as well as a medium of exchange and possibly a store of value. Transactions remain anonymous, fast, cheap, global and irreversible. There are official and unofficial exchanges to act as interfaces between cryptocurrencies, traditional finance and the real economy and thereby establishing and boosting the value of the cryptocurrencies. Though the Bitcoin having more than 35% of the total global cryptocurrencies volume is probably the most commonly known cryptocurrency, there are several others, namely, Tether, Ethereum, Ripple, Litecoin, et al. to name a few. These have attracted massive traction across the globe but so far have remained highly volatile (Figure – 3) and hence, these are difficult to be relied upon for transactions and also as a store of value. However, cryptocurrencies have been around for the last ten years without any sovereign backing. There are obviously several risks, but as a concept, cryptocurrencies present an interesting case of a democratic, efficient, and secure mode of payment and settlement and also as an asset class. Anonymity is probably its greatest attraction and also the major flaw, which makes cryptocurrencies prone to misuse having ramifications for the financial stability.

Financial stability is a situation in which a financial system is capable of satisfactorily performing its three key functions simultaneously, i.e., efficiently and smoothly facilitating the inter-temporal allocation of resources from savers to users and the allocation of economic resources generally, accurate and well managed assessment and reasonable pricing of forward looking-financial risks, and third, comfortable if not smooth absorption of financial and real economic shocks. Financial stability is also understood as a condition in which an economy's mechanisms for pricing, allocating and managing financial risks are well stabilised. Financial stability is the most fundamental requirement for the people’s confidence in the system and conduct of economic activities. It needs no overemphasis that the innovations are needed to fulfil the increasing demand of the financial resources and services efficiently, but these can also create new risks for individual financial institutions, consumers of financial services, as well as the financial system as a whole.

Presently, there are no globally agreed regulatory norms for the FinTech, cryptocurrencies, etc. In a number of jurisdictions, authorities have acted to address risks and to promote benefits, but such efforts are not globally harmonised. At this stage, the comparatively moderate volumes of the FinTech limit the direct impact on the financial stability across major jurisdictions. However, a significant expansion could pose a variety of risks and challenges, namely, (1) potential deterioration of lending standards, (2) increased pro-cyclicality of credit delivery, (3) possibility of pullback shocks in unfavourable situations, (4) leverage and liquidity risk, (5) operational risk due to a large number of small players, (6) model failure and perverted incentives structure due to low barriers to entry, (7) operation of public safety net, (8) excessive risk taking, (9) disorderly impact on the traditional financial institutions, and (10) undefined regulatory jurisdiction and monitoring mechanism.

Besides containing the risks, the issue of promoting innovations is also quite critical. Many jurisdictions have innovation facilitators which promote FinTech, such as, (A) regulatory sandboxes for testing new technologies in a controlled environment, (B) innovation-hubs to support new firms in a liberal regime, and (C) accelerators, providing start-up funding or infrastructural support. However, it is not very easy to experiment with the real money, and though it is not impossible, it requires inter-regulatory coordination and collaboration between various stakeholders including the market participants and the governments.

In order to have an orderly and rewarding development and expansion of the Fintech, greater international cooperation is needed, given the commonalities and global dimension of many FinTech activities. Avoiding or at least minimising the opportunities of regulatory arbitrage is important for strengthening financial stability. Harnessing the benefits of the FinTech while guarding against the excessive risks should be the focus of further development in the sector.