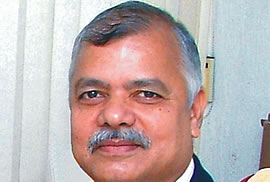 There has been an intense debate and concern about the enactment of FRDI Bill-2017, now under consideration of Joint Parliamentary Committee (JPC) for its evaluation before it turns into law. There are apprehensions about the safety of deposits with banks. Deposits are liabilities for banks payable on demand. One of the irking provisions in the bill is 'The Bail-in’ provision. Akin to the Insolvency and Bankruptcy Board of India (IBBI), a resolution entity, Resolution Corporation (RC) is proposed in the bill. As part of the resolution process, under clause 52, RC may permit the use of liabilities (deposits) or change its tenor to enable failed entities to stay afloat. Such ‘Bail-in’ clause is the cause of public furore.

In the absence of explicit conditionality to use bank deposits for absorbing losses by failed financial entities, it is natural for bank customers to worry about the safety of their hard earned deposits. By any state of logical imagination, such public deposits may not be permitted to offset accumulated business losses of bankrupt financial entities in the ordinary course of business. It will be a rare phenomenon. If it happens, it can bring disrepute to the regulators, government, the company and its board. It will also draw the attention of the global rating agencies/overseas investors and can impinge upon the sovereign reputation of the country. Moreover, with the existing rigour of regulations and systemic controls, bankruptcies in financial markets are rare events. Failure of any financial intermediary is the failure of systemic controls and risk governance which no regulator can allow.

The genesis of the need for financial resolution stems from the global financial crisis -2008 that led to the notable collapse of Lehman Brothers. However, bankruptcies in the financial sector in India have been far and few. All such instances, so far have been dealt deftly without loss to the depositors. Therefore, ostensibly, the government and regulators are sensitive about protecting depositor interest, and it proves the efficacy of regulations.

However, going by the global best practices, it was felt that timely handling of bankruptcy among financial companies are also necessary at par with bankruptcy laws for business and commercial entities. Such provisions also carry weight in ‘Ease of doing business’ index of World Bank. FRDI -2017 compliments the Insolvency and Bankruptcy code -2016. Permitting easy entry and exit for all business entities, financial and non-financial is part of good governance. It is such an effort.

Under the present arrangement Deposit Insurance and Credit Guarantee Corporation (DICGC) formed under DICGC Act 1961 insures retail bank deposits of up to Rs one lakh per depositor. Deposits of over Rs. one lakh are open to risk. Since banking system in India is robust, well regulated and the majority of them owned by the government, depositors, have full faith and assurance that their deposits are safe. Banks have evolved over a period into trustees of depositors.

The moment deposits of customers are touched, there will be public uproar and can mar the sovereign reputation of the government. Even now, except in some cooperative banks, the protection of DICGC was not invoked. There was rarely any event where deposits of the public are put at risk. Hence, despite ‘Bail-in’ clause, there will be well-guarded provisions and rigour to desist entities from using such destructive tools except in rare eventuality.

To allay the fears of bank customers, it is better, if the ‘Bail-in’ provision under clause 52 is appropriately modified by prescribing a ceiling up to which retail deposits are fully protected as is available currently from DICGC. The prudence will be to restrict failed financial entities to use their capital and not beyond. This will put the raging debates on the bill to rest. Unless the faith in the robustness of the financial system is demonstrated, there is fear of change in the composition of public savings into other forms of assets impinging upon the prospects of plough back of savings to spur growth.

In the whole context of enacting FRDI Bill, the intentions may be to fall in line with global best practices, but its articulation needs fundamental change to meet aspirations of the saving community. In any financial system, capital is provided as a cushion to meet the business risk. However, business risk cannot be stretched to eye on customer deposits. Therefore, any sensible commercial entity has to build risk appetite concomitant to its capital base and not beyond.

The author is Director, National Institute of Banking Studies and Corporate Management (NIBSCOM). The views are his own